A nurse has been declared wanted by the Ghana Registered Nurses and Midwives’ Association after she was captured in a video twerking in uniform while on duty. 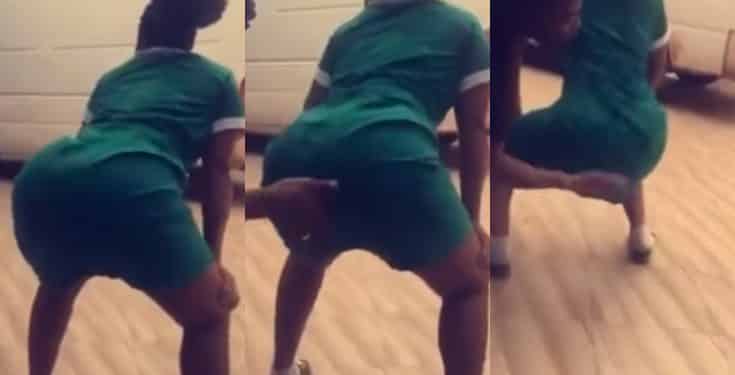 In the viral video, the nurse can be seen twerking while her butt was tapped by someone. The person who tapped her butt, later straddled her as she continued twerking.

The video sparked outrage online as many people condemned her for disrespecting the uniform and profession.

The video later got the attention of the Ghana Registered Nurses and Midwives Association (GRNMA) and they directed all District and Regional Executives to assist in identifying the nurse so that she can be disciplined.

They warned other nurses to desist from such “unacceptable behavior especially when in uniform in order to protect the dignity of the profession.”

Watch the video below;

Nurse Twerks While On Duty At The Hospital!!!! . Follow @mediagist for more exclusive updates.